Don't miss videos from the world's most creative minds: One crazy as all Sh*t and the other is possibly the sexiest dodgeball game e v e r.

Strictly For My Peeps

Action Bronson - Strictly For My Jeeps

He Stayed Up All Night Just To Get Lucky

The (un?)fortunate part of todays music scene is the ability to rip, breakdown, re-work and share remixes, bootlegs, and covers like there was nothing stopping us. We've already filtered through dozens of good, tons of bad, but very few great takes on Daft Punk's first single "Get Lucky" from Random Access Memories.

This one however, is well worth the watch... he did it all himself people!!!

97 Seconds Proving Why We Could Never Produce Great Music...

JamieK.ca fav Pretty Lights gives us all a quick glimpse at his documentary focused around the making of his upcoming album "A Colour Map Of The Sun". Most importantly, this gives us a glimpse at the genius and creativity it takes to put together fantastic EDM these days. Amazeballs.

Macklemore and Ryan Lewis are a license to print money right now, "Thrift Shop" has been top-40 (forever now) and thrust them into Stardom (UNsigned!). To follow up this rise to the top of the game the Seattle boys have unleashed an INCREDIBLE, cinematic video for "Can't Hold Us". Hope you enjoy!

Art of the Remix with Passion Pit and Dillon Francis

Pretty awesome to get this behind-the-scenes look at Dillon Francis' smash hit blowing up the blogosphere this week. Sony gets you behind the scenes with Dillon as he remixes Passion Pit's "Carried Away" (a JamieK.ca indie fav!) into his signature Moombahton sound.

Take a peek at the thought process behind the track then check it out below or on our "New Music" page.

No secret we were incredibly stoked to stumble upon this white boy with game. Robert Hall the 2nd (no joke) hails from Maryland and also goes by the nickname "Young Sinatra" for his obvious resemblance to a young Frank, and the influence he says Sinatra had on his music.

On that note we'll get to Logic's recent video for his new track "Walk on By", another incredibly produced track that features Logic's impeccable flow. Make sure that you don't miss these other hot tracks we've featured on JamieK.ca: "My Chain" & "We Get High"

JamieK.ca In The Spotlight With: Big Sean 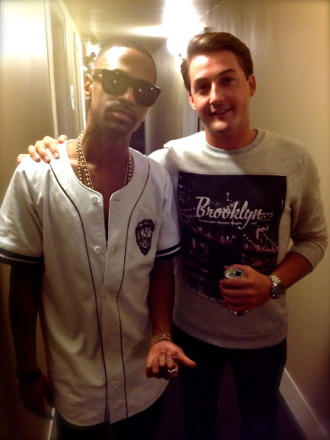 Recently I went V.I.P with super-talented Vancouver artist Jahan Maria to see Detroit’s, and recent G.O.O.D Music acquisition, Big Sean.  The Vogue was a perfect venue allowing fans to mingle and head right up to the stage to consume Sean’s electrifying energy and skills. His set was short but powerful as he mixed hits that started his career, highlights from his new mixtape “Detroit” and his blockbuster bangers to close it all out. (see below) The Vancouver crowd was also the first to ever hear “Clique” performed live by Big Sean. Ah sheeeeeeit. Follow Big Sean: 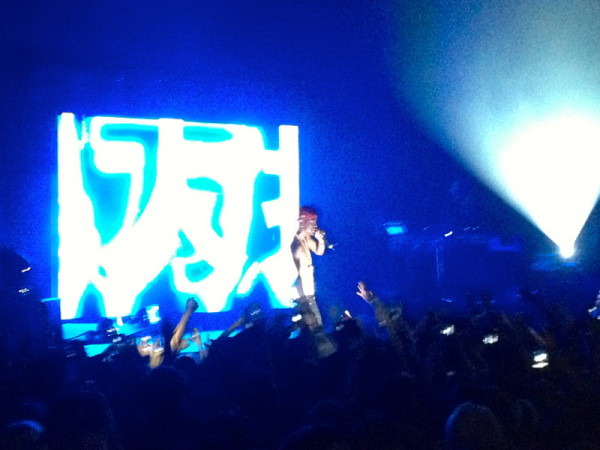 ﻿The backstage experience with Big Sean and his crew was hype! We chilled with Sean’s manager & lifelong friend “Zeno” who thought Vancouver had a  “London surrounded by country” feel, okay. We then met Canadian icon Nardwaur who put on a hilarious interview with Big Sean; At one point he mentioned that 5 houses in Detroit were selling for less than $500, and asked if Big Sean would buy them all and have a block party, lol. I then got some time with the man himself, complimenting the show and giving him some foreshadowing for his cross-Canada drive, to final destination: Montreal. All in all a really BIG JamieK.ca experience.

Mixtapes to ROCK YOUR WEEKEND! LISTEN